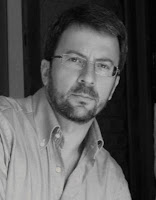 Paul De Hann was born Agostini Stefano in Rome ( Italy ) on May 27th 1966.  Paul is a self-taught painter self professed “obsessed” of all things drawing and painting.


Paul is a member of Artistic and Cultural Club “Lorenzo Viani” in Rome and signs his works with the dutch alias “Paul De Haan”. He has taken part in many exhibition and competition in and out Italy, with good receptions and his works are shown in many Art Galleries of Rome, Milan, Genoa, Bergamo and Catania.

"I’m very bound to figurative gender, but don’t exclude prior neither technique nor gender on condition that the result correspond as well as possible to the initial idea."  Paul continues,"Painting for me is a most high form of communication and the picture have to transfer emotions and sensation to the observer: if looking, for example, at  a painted apple, we could see only the apple and not the energy spent from artist, the painter could be a good workman but not an Artist."

In 2006 after a brief break, Paul resumed his art activity, initially with masterpiece copy, for technical and stylistic exercise and for studying. Paul says, "I don’t believe  could be innovative regardless of past and don’t believe in a self-purpose estro or art.In my way I wouldn’t reach modernity or contemporary, instead the Universality, meaning with this term “to be actual always” peculiarity of almost of greatest artists of past.

I see the artist like a kaleidoscope: a tube that is featureless in appearance, but if looked backlight gives a world of colours, patterns and emotions. There’s a close-loop where the reality enter by eyes and other sense in the artist and after a slow emotional and psychical digestion , this reality, come out from the hands and, magically comes back modified and understandable to the eyes." 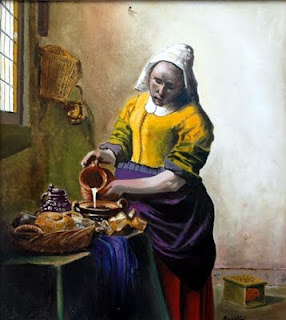 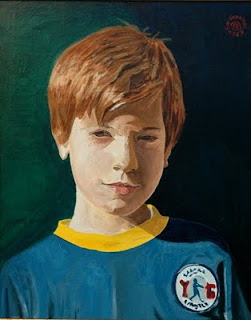