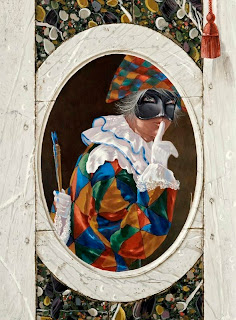 Born in 1961, Jeans early passion for decorative painting goes back a long way to previous generations of his family, and it is because of this cultural heritage that he naturally took to and progressed in painting techniques.

.During 1984-1985, Jean studied at and graduated from the Flemish Master School Clement VAN DER KELEN in Brussels.  He has been working as a free lance Decorative Artist since 1986 and has carried out many internal decorations to satisfy the various requirements of private, commercial, theatrical or event-based decoration.

In 2000, he was awarded winner of the Gold Medal Competition for the “French Best Craftman” which is the highest award of its kind that can be achieved for decorative painting. This was presented to him by the French government in the year 2000.


At the same time as carrying out his professional obligations of decorative works of art, Jean taught his art to professional decorative painters in several art schools in Paris. Since 1990, more than 1000 students have been taught by Jean in all the disciplines of mural art, and some of them work with him today.

Jeans long experience of teaching art combined with an expert knowledge of all the techniques involved from conception to decoration, naturally led him to start his own school, in the year 2003, the SABLE SCHOOL in VERSAILLES.

The XVIIth and XVIIIth century French styles are “the source” of his inspiration. The extraordinary and historical environment of Versailles allows the students to learn in the sanctuary of French decorative arts.

30 years of so much teaching and private residential commissions have allowed him to develop a particular teaching method of decorative painting which can be compared "with the writing's apprenticeship ".

Jean is the author of “Décors-peints et trompe l'oeil” (Eyrolles editions). A book both about art and pedagogy displaying his pieces and the way to realize them. The last chapter is dedicated to a more modern conception of the decorative painting.

Appointed as “Expert” at the Versailles Court of Appeal, he operates closely with magistrates and lawyers by giving his expertise on matters relating to disorders, defects or litigations concerning interior decorative and artistic finishes.

Permanent member of the “SALON”- International Gathering of Decorative Artists - Jean will be hosting and organizing the event to mark the XVth anniversary of it, which took place in Versailles from April 8 to 11, 2010. 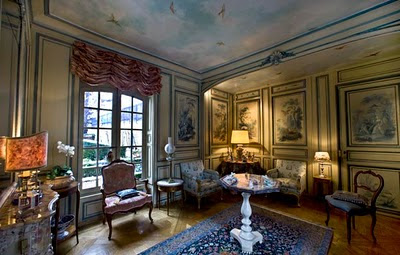 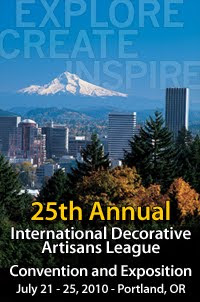