Home in a Cave

Set in the scorching South Australia desert, the small town of Coober Pedy is often called the Opal Capital of the World, since the region is the source of 80% of those glittering precious stones. The name Coober Pedy is often interpreted as a mangling of the Aboriginal words for "white men in holes," since Australians have been mining there since 1916. About half of the population of Coober Pedy still lives in cave houses. There are also underground churches, inns and a museum.

Many of the subterranean spaces take advantage of existing mines, while others are made fresh with local mining equipment. The "dugout" homes are cheaper to build than conventional units and require little air conditioning, a boon in an area where average daily temperatures approach 100 degrees in the summer.

This Cave House boasts a sunroom, two bathrooms and attractive tile flooring. It was built in 1985 and is 2,980 square feet. 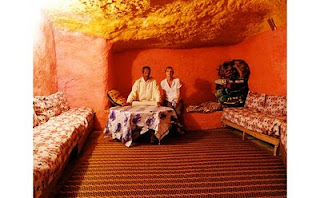 Cave homes have long been popular in parts of the Mediterranean region, from Turkey to Spain, Greece and Morocco. In Spain's Andalusia region, one can find numerous listings for comfortable cave houses for sale and rent, typically at prices that beat above-ground offerings. 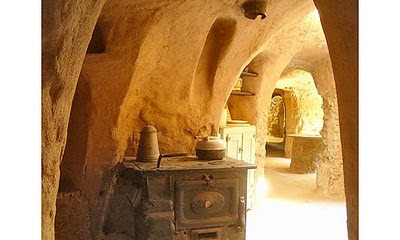 Now a tourist attraction in Fresno, Calif., the Forestiere Underground Gardens were designed and hand-built by Sicilian immigrant Baldasare Forestiere, a vineyardist and horticulturalist. Starting in 1906, Forestiere spent 40 years carving a mysterious underground escape from the San Joaquin Valley's powerful heat. Fashioned after the "visions stored in my mind," his caverns are a network of gardens illuminated with skylights, as well as comfortable living spaces for himself, including a kitchen, bedroom and fish pond.